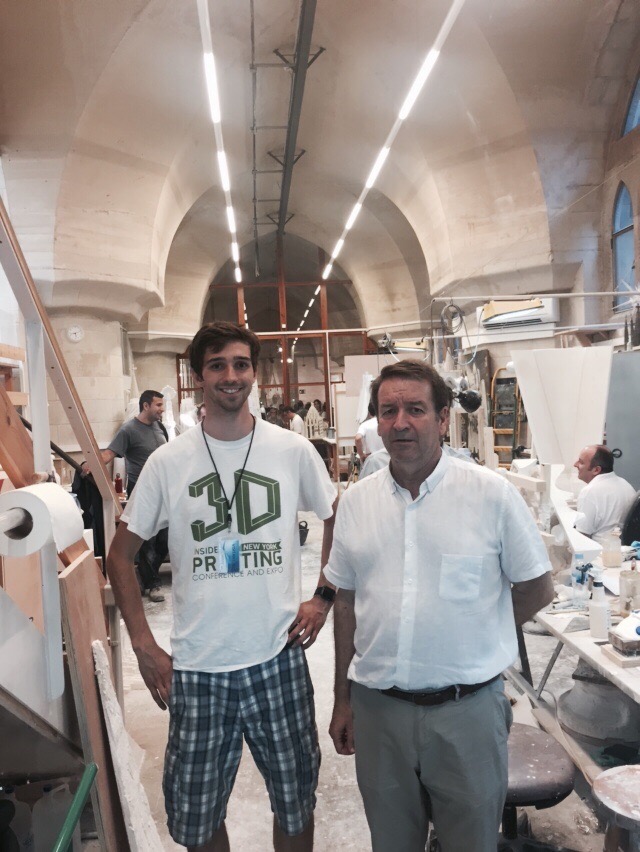 In my humble opinion, Gaudi is one of the great geniuses of the last millennia. And La Sagrada Familia is Gaudi’s Magnum Opus, the project he sunk his soul into until his dying breath.

We spent more than an hour in the model shop, watching modelers work with plaster to restore Gaudi’s original models, and talked over the hum of three 3D printers making the shape of things to come. It was clear as your colleague Mark Burry mentioned, that this was the room where key design decisions were made. At first, my critical eyes played “spot-the-difference” between pictures of Gaudi’s original mockups and the 3D prints before us, lingering on areas seemingly untrue to the originals. The prototypes felt different from La Pedrera and Casa Batlló, more refined (too refined?) and my gut reaction was to reject this work as digital approximation. 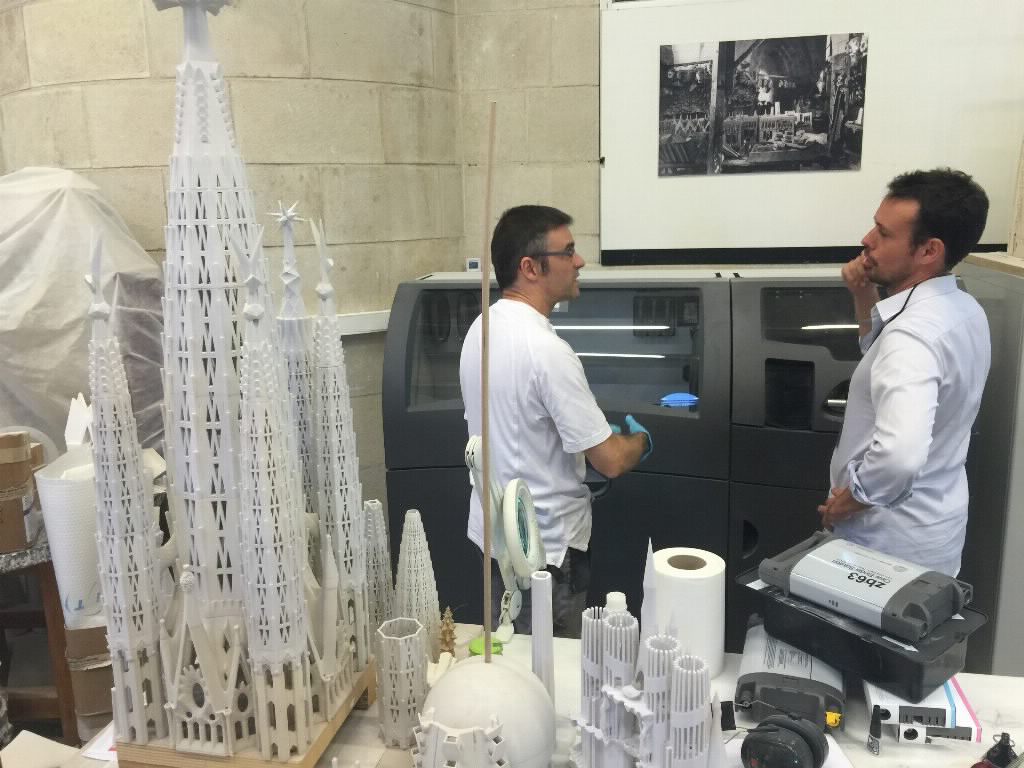 It wasn’t until you showed us the evolution of Gaudi’s design that it finally clicked. The first version was the neo-gothic approach. This felt fittingly imposing for a building meant to instill fear and awe of God. The second version was the parabola. This best matched the Gaudi I had seen all around Barcelona, with its parabolic faces in predictably repeating fashion. The third and final version used hyperboloids and paraboloids. These quizzical shapes seemed otherworldly. That was when the significance of your previous words about uncovering “the geometry of Gaudi” finally hit me: each iteration of his design became increasingly refined as his handmade models better approximated the Truth of mathematics. The 3D prints we viewed were in fact a perfect representation of Gaudi’s vision, one that only modern technology could enable.

We entered La Sagrada Familia. Choral voices soared through the hall, with multifaceted pillars refracting sound to my acoustic delight. You explained how the base shape of a square was rotated and extruded, starting with eight points that evolved to 32 faces. The hyperbolic paraboloid repeated in memetic fashion and my eyes eagerly traced upward before pausing at the divergence into a trinity of branches. The ever-critical voice in my head fractured in astoundment. 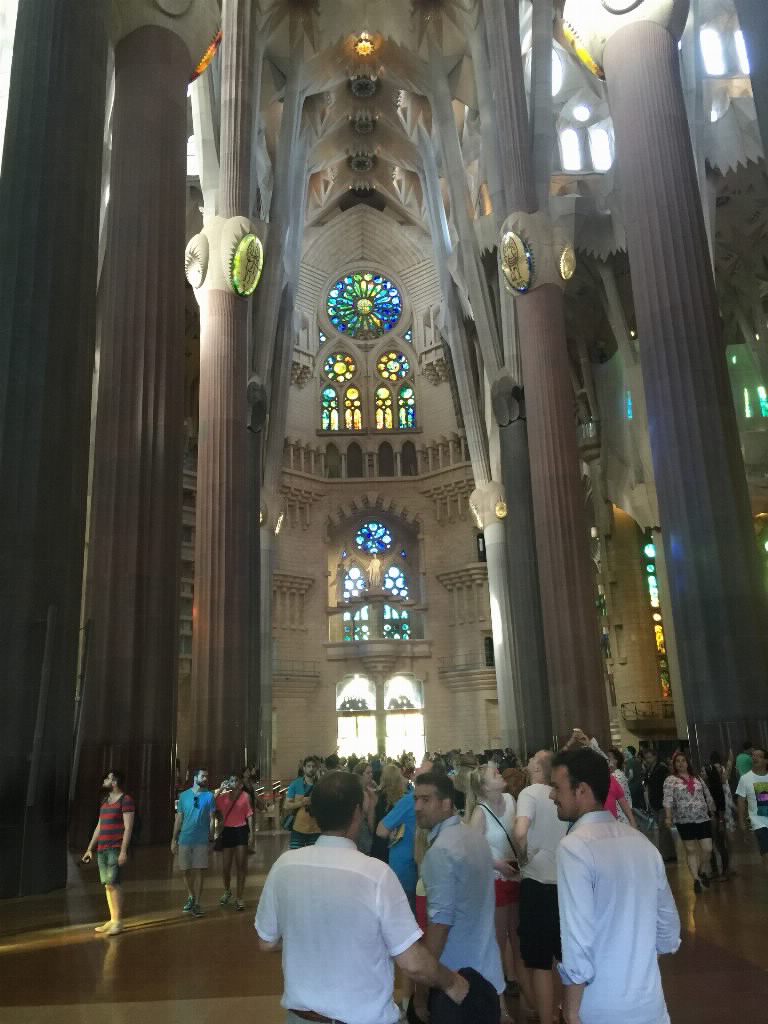 I lost my composure and emotion flooded my hyper-logical ego. Here I stood next to you, a chief architect for La Sagrada Familia, with Gaudi himself lying below us and the cathedral of our dreams above. Gaudi knew that his masterpiece would not be completed for years to come, so rather than leaving a finalized design, he built a roadmap for its completion. And that roadmap would push the boundaries of architecture for centuries to come. More than a hundred years after construction started, La Sagrada Familia furthered the field as the first architectural project to adopt 3D printing and 3D scanning, a practice now commonplace. In another decade, the building will set new examples for how light can be architected to ethereal effect. 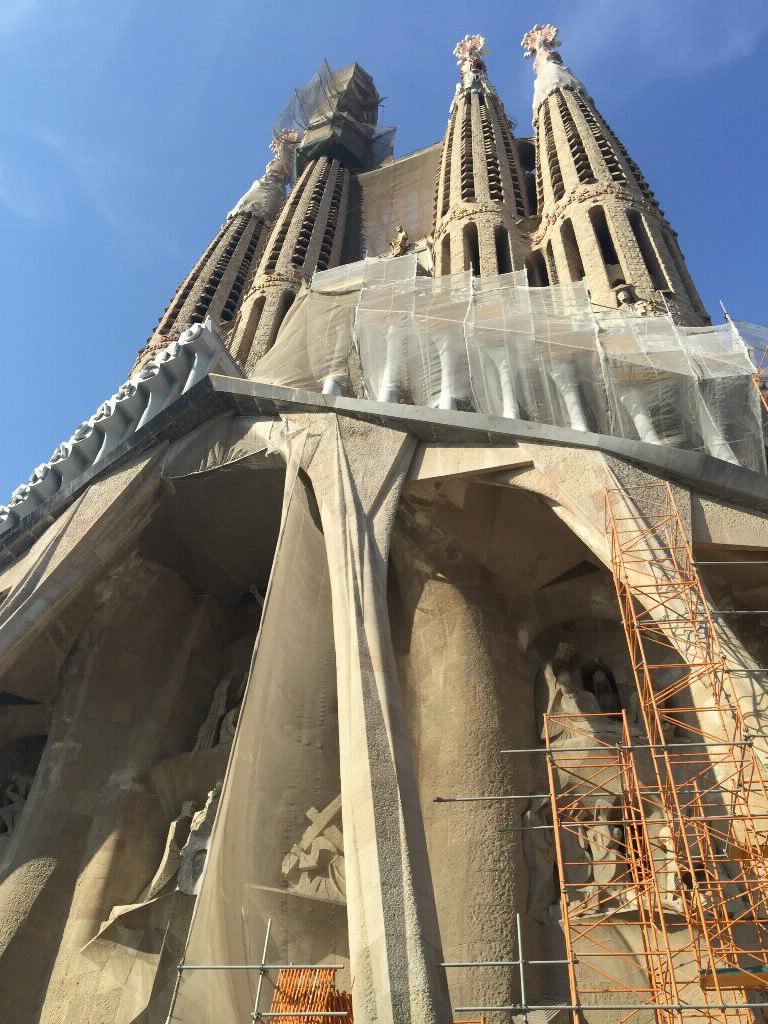 Gaudi created a vision so compelling that generations to come would strive for completion: its pursuit transcended that of man to that of mankind. Thank you for this most wonderful opportunity to share your life’s work.